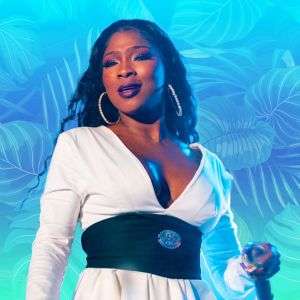 Trinidadian soca diva Patrice Roberts has one of the most impressive and diverse catalogs of any soca artist, male or female. Currently, her latest single “Mind My Business” is a viral TikTok sensation. However, Roberts’ first international recognition came from the song “The Islands” recorded with her cousin Bunji Garlin. Shortly after Patrice joined Machel Montano’s HD Band and was featured on several of their recordings and live performances.

In 2006, Patrice Roberts became the youngest female artiste to win a Road March title with the song “Band of D Year w Machel” which also featured Montano. She consistently released hits in the years to follow building an impressive catalog with classics such as “Sugar Boy”, “Mo Wuk” and “Wukking Up.”

After taking a break to become a mother, she returned with “Big Girl Now” now widely considered as her signature song. Some of her other recent hits include “A Little Wine”, “Old and Grey” and “Sweet Fuh Days.” Patrice is a seasoned stage performer who has opened for Beyoncé.